A car passed me on the freeway the other day sporting the vanity license plate "SLVR LNG." Whoever was driving, I assumed them to be an optimist... always looking for the silver lining in any cloud that may form in their life.

My thoughts went immediately to a piece my wife shared with me about a woman named Colleen Kelly Alexander.  Ms. Alexander had been the victim of a horrific truck-bicycle accident that left her badly injured and in need of months/years of surgeries and rehabilitation.  I recalled her words describing her state of mind during that time. She said:

"So many times I wished I had just died on the pavement that day. It would have been finite, not this never-ending battle just to have some semblance of … what? Normalcy? You couldn’t even call it that. My life was not going to be normal ever again, and at the moment, I couldn’t see it ever becoming even sort of OK again. It was going to be eternal torture. And why? Because I took a bike ride home from work on a day when I wasn’t even supposed to be working, only to be told the following month that it was all for nothing because I didn’t have a job anymore? What kind of ridiculous destiny was this?"

Frankly, as she described her situation, these feelings seem so understandable.  And yet the transformation she describes is incredible, given the severity of her wounds.  She adds:


"And there, in the midst of all that misery, one thought popped into my mind. It was a quote from Jody Williams: 'Emotion without action is irrelevant.'  I’m being completely selfish.  It hit me that quickly. As I was sitting there moping in my misery, I wasn’t doing anything to make it better. Instead, I was dragging everyone else down around me when they were just trying to help. I needed to find a path to make this better—if not physically, then at least mentally. The idea of going poof in my sleep was not productive; I was a person with worth and value, and I needed to find a new purpose. Considering how much anger I had harnessed, I could use all that energy toward something good instead of something bad."

Alexander then describes how she decided to focus on gratitude. She talks in her speeches about feeling the buoyant impact of the blood from hundreds of donors coursing through her veins, and it prompted her to seek out ways to bless the lives of others in the same way. 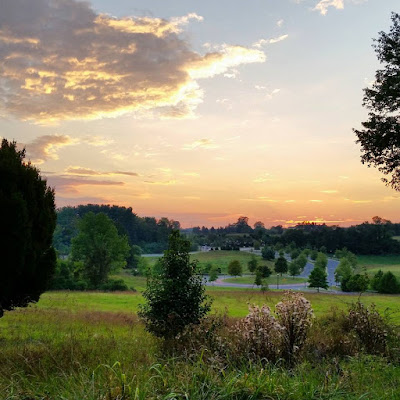 In his sermon last Sunday, Pastor Bill Brown addressed the age-old question: Why do bad things happen to good people? The answer, in his words, was rather straightforward: "They just do."  He then goes on to describe how "God's plan isn't about all the stuff that happens to us, but it's about the relationship God wants with us." In other words, he explains, no matter what happens to us, God is there to help us through it.

Relationships with God and with those around us also seem to form the basis of Colleen Kelly Alexander's positive attitude as well.  I'm embarrassed to admit that I'm not sure I could ever have the same positive, selfless attitude as Ms. Alexander does after such a deeply life-altering experience.  Which makes her words seem even more important:

"I learned to refocus my attention on gratitude. Whenever I would get down about the physical pain, I would remind myself of the hundreds of people who had come together to save my life that day: the blood donors, the EMTs, the bystanders, the medical professionals … I consciously changed my perspective by thinking about ways to give back to the people who’d saved me.

"When we go through trials—and all of us do—it can be easy to lose that perspective. Take time each day to consider who and what you’re thankful for, and how you can take action to show your gratitude."